Now we can talk about it

BBC Countryfile was on TV tonight.We were very impressed with Byland Abbey standing out in all its glory, which is only just down the road from us. We had the Countryfile team here for about 4 hours filming the piece about Tricia Hutchinson with the help of Helen Skelton dying the sheeps wool.My Dad was disappointed they did not mention us and the woods, but I knew it would be a hard match to get it mentioned as they said No publicity . My eagle eyes spotted the roof of our house and the chimney as the girls walked up through the wood. What was brilliant for us I thought was, the sheep dog trials as it showed lots of shots and minutes and minutes of coverage of our new wedding reception venue spot.It was the back drop for much of the filming and as the woods came down to the field in the distance on the left hand side this is where we reckon is one of the best views in North Yorkshire .It showed it perfectly so thank you to those who did the filming. My Dad always said if there was two ways to skin a cat I would find them. -This is a saying not something that I intend to do physically. The film crew were great and Helen Skelton was a lovely chatty lady.The young Irish competitor stayed here so I reckon it was my breakfast that put him on the right road for the day. It is all over now and I would just like to extend thanks to Susan Briggs of Tourismknowhow for coming up with the idea of the sheep and Catriona McLees for instrumenting the project. On to the next project girls .... Here are a few photos I managed to sneak past the researcher 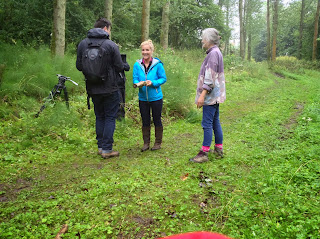 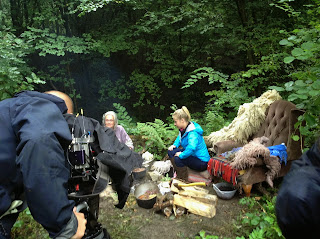 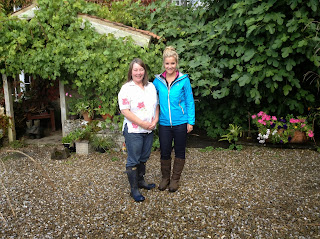