They are such a friendly crew at Helmsley Walled Garden.  We are very lucky to have such a  gem of a place only 6 miles from us. And last Saturday I took Geneva , a Canadian guest, along with me to their Open Apple Day . Mike was there talking about his bee hives. The bees playing their part around the 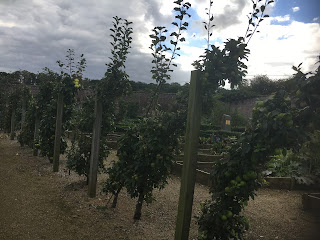 orchards. We were amazed at the different colour of apple juice that was on show all taken from the Walled Garden ,all bottled up ready to drink.
Then we took a quick walk around the garden and into the Orchid House that was playing host to the harvest of gourds. Every year I say next year I am going to grown some for myself..and another year passes maybe 2017 .
This is certainly a hidden gem of Helmsley and Ryedale too. A charity set up many seasons ago by a very enthusiastic Alison Ticehurst ,a lovely lady and had the privilege of knowing. Her enthusiasm was infectious -well she was our doctor's wife, which lead my Dad to lending them a small plough and I think it is still there. 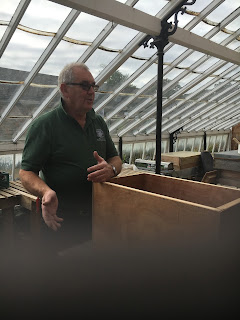 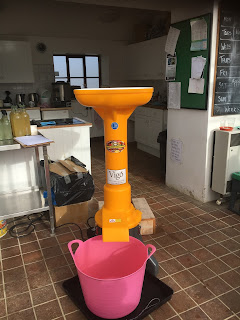 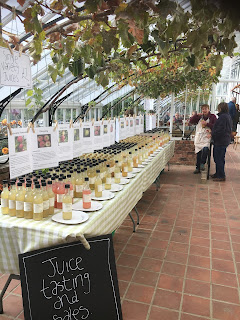 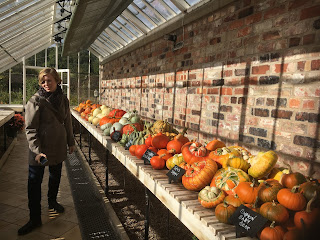