Countryfile Live was held at Castle Howard last week for 4 days. With Thursday looking like the best day I made an early start and as Castle Howard is only 15 minutes from us I was parked up by 6.30am and on to the show field. With wellingtons and my jacket on I was prepared if the weather worsened but it turned out to be a really nice day. There was lots of news about people having to queue up for 3 hours to get in off the A64 but as we dont live in that direction and really if the people had made an early start I am sure there would have been no problem. Our guests went the next 2 days and had no problems at all and thoroughly enjoyed their day out.  I took Jacks 4 x 4 just incase I got stuck but it was effortless and when I did come out about 1.45pm again I had had enough by then and to beat the queues I was straight out.

There was lots of delighted people as the presenters of the show were about all day and having their photos taken with the crowd. I had a quick word with Matt Baker as he had stayed  and Ellie was filmed with us a few years ago when making a programme about sheep and dyeing the yarns.

With getting there early, there was free bacon sandwiches for the first 500 people and shared mine with the girls on the Welcome to Yorkshire stand as they were in for a long day. Thanks to Brian Turner the chef in charge .
There was so much tastes of gin on offer I could have done with a chauffeur but was only tempt with some marsh mallow Moonshine . The cake from the Wold Cookery School was amazing and you can see it on my Instagram page as I did a little video of it. And I tried every lemon curd going.

My grandchildren went on Sunday  and had a whale of a time been "weather girls" and goodness knows what else . There was plenty of things for them to interact on. Knowing what they are like I imagine they entered it with gusto as they have been on the radio and on film before so are not shy and especially Martha would be asking the presenter all sorts of questions - she is the middle one . She had her birthday 2 weeks ago she was 8 and Emmy was 6 last week .Rubi is 10 in September so they are good company now and time flies how they are getting so grown up. They were pleased to hear that Countryfile Live  is coming back in 2020 .

And lastly thanks to the Daily Mail who had a code in the paper which enabled ourselves and many others to get in for free. 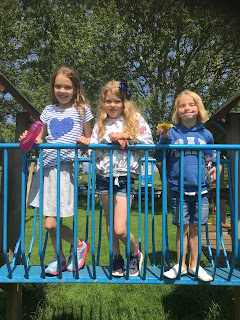 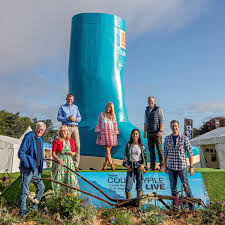 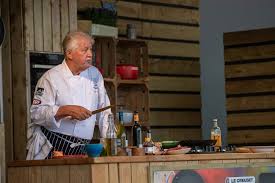