Talk about the Adventures of the Enid Blyton 5 .. We have our very own 5 ,when the children come . We are lucky to have the beck that runs down through our woods near the house and water has always been a fascination to children over the years . They don't seem to feel the cold , icy cold water. So today as the temperature peaked into the 30s there was no better place to be. We have waterfalls and they jump down into them fearless, but they want the water deeper .Only one way then is to dam the water up. They worked like little beavers as I sat on a moss covered stone watching them all do their bit . At one stage they started to make a mudslide but I could see accidents about to happen so the idea of that had to be aborted as they had took off their wellingtons and filled them up and pass them along for one to the other to make it quicker and easier for them.
They ended up taking their dirty clothes and washing them in the water like the people do at the side of the River Nile. Then putting them back on again. Emmy had just got some new Joules wellies which had a ruler marking on the back of them  which can in very useful. So off the wellies used to come off to see how deep the water was.
I said they were like water nymphs. But then maybe they were just wood fairies. So after happily playing for over 2 hours  with no fall outs ,they had fairy buns  and a change of clothes and went home smiling .
Mission accomplished. 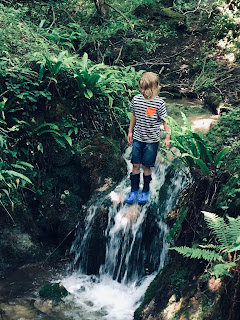 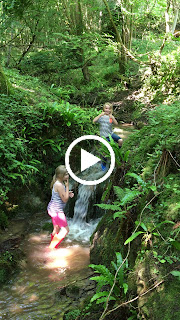 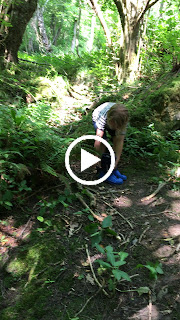 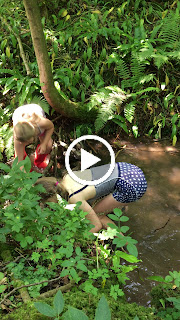 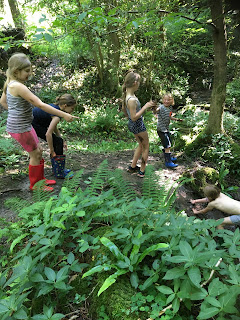