Did you know you could eat Ground Elder.

No ,Coronavirus has not turned us into goats or even worse vegans, it has just given us another of natures plants to colour our plates along side a nice rare piece of beef.

Ground Elder is a pain in everyones gardens who have it. Maybe it is a good friend in times like this and one thing is for sure, it is always there for you. Even RoundUp doesn't get rid of it.

As you read articles on foraging and free wild food I can across an article about this weed that plagues our garden.

The roots just go on and on and try as we may it stays hidden away to come back with vengeance year after year.

The tender leaves have been used in antiquity and throughout the Middle Ages as a spring leaf vegetable, much as spinach was used. It is commonly used for soup. Young leaves are preferred as a pot herb. It is best picked from when it appears (as early as February in the UK) to just before it flowers (May to June). If it is picked after this point, it takes on a pungent taste and has a laxative effect. However, it can be stopped from flowering by pinching out the flowers, ensuring the plant remains edible if used more sparingly as a pot herb.
The leaves can be eaten in a salad where they have a nutty flavour, or cook in butter like spinach. also had a history as a medicinal herb to treat gout and arthritis,[applied in hot wraps externally upon boiling both leaves and roots together. Ingested, the leaves have a diuretic effect and act as a mild sedative. Its use as a medicinal herb has largely declined during the modern era.
The plant is said to have been introduced into Great Britain by the Romans as a food plant and into Northern Europe as a medicinal herb by monks. 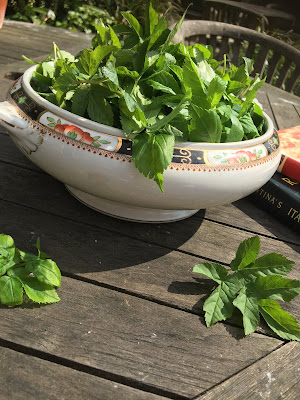 So armed with a dish I soon collected enough to use some in a salad and there was enough to cooked with some fish in butter. 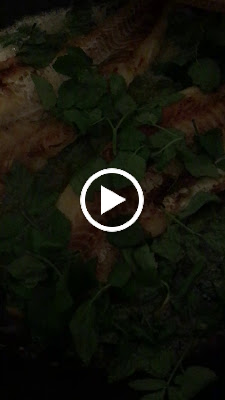 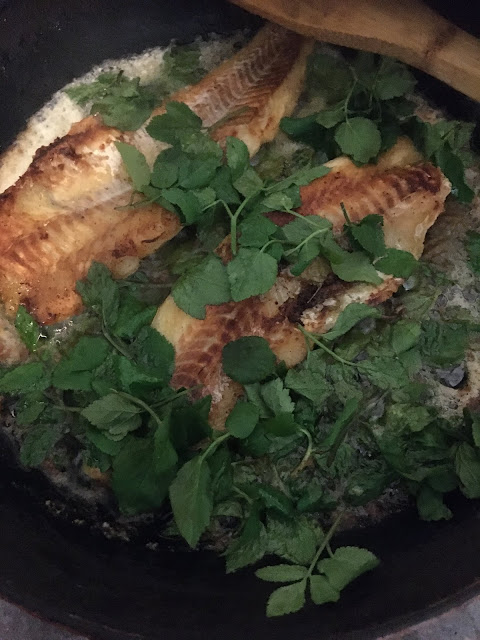