Harvey Nicholls came to our rescue.... 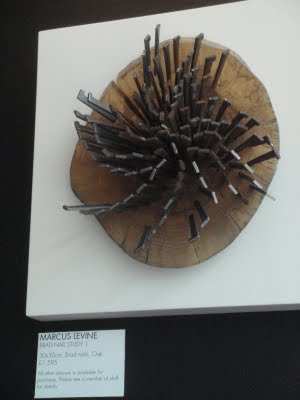 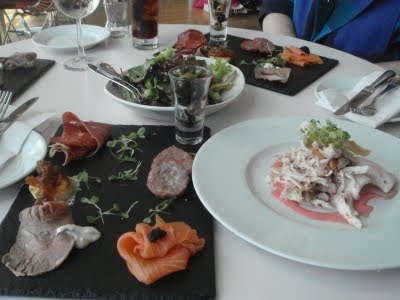 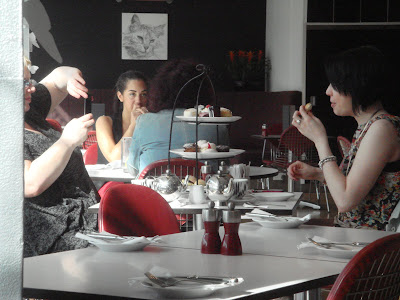 For one who is known to like her food, I was very disappointed that after the Y11 there wasn't a bun fight.With the grandiose of the Grand Opera House I had thought we would be well treated.Not a biscuit in sight never mind a bun. So after a spot of shopping and before a bigger spot of shopping Sue,Mary and I went to Harvey Nicks for our lunch. While we were waiting we were amazed to see this "art" on the wall made of horseshoe nails going for a mere £1595. I took the photo as I didn't think yo would believe me and for Jack to see so we could knock a few up when he had a spare minute. Alright making them but I would love to hear someone who had bought one or even better someone who wanted it. I will organise one for them at the half the price -a true bargain !! We had a lovely lunch but did have to query the bill when we were charge £8.50 for a Martell brandy none of us had drunk. We did lunch rather than the afternoon tea which was on offer. I had to take a photo of it as it looked delicious.
Posted by Anna Lupton at 14:28