Chocolate lovers be warned. If you venture to Filey you should go in search of chocolate oyster shells filled with more mega wonderful chocolates.Mr Walter Sterchi arrived from Switzerland in the early 1900's. Now based on Hope Street. Every chocolate is hand dipped and fillings are made from old recipes and more modern alternatives. 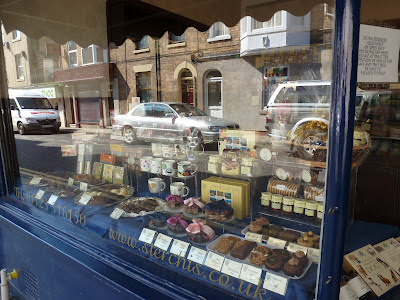 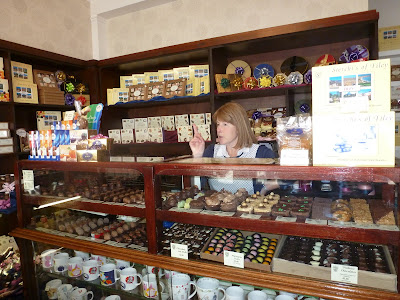 Then you need weights and bait. Live bait -lugworms,ragworms and I think any other sort of worm you can find that wriggle and preferably doesnt bite. For those who know me well I am always coming up with a new idea -some more scatterbrain that another.We were in New Zealand 6 years ago watching people fish for their supper, the idea has stuck with me. How often I have gone ar 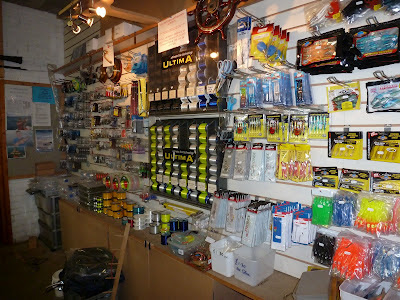 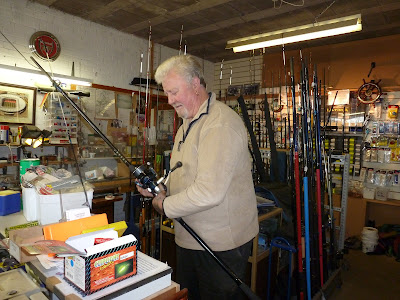 ound the Marine Drive at Scarborough and watched the men fishing over the railings. Men fishing ...well I decided to change all that -enter fisherwoman. Google is a marvellous thing, this is how I found the very patient and generous Bill Coshin. He is up a tiny street at the back of the main seafront in Scarborough. I was like a kid in a candy shop. There was such an amazing array of fishing tackle. 20 minutes later I left clutching my new rod with reel kindly fixed on. Susan, my friend, used to dress crabs for pocket money I was sure she would know where we would go from here to get our first catch.Unfortunately she didn't but hay ho with the "bit between my teeth" there would be no stopping me now.
Posted by Anna Lupton at 23:00

At my age I couldn't cope with two nights out on the town. Very rarely do I ever go into York in the evenings.This was an exception my friend,Louise's two sons play in a band. Their group is called One Night Only. George is the lead singer while 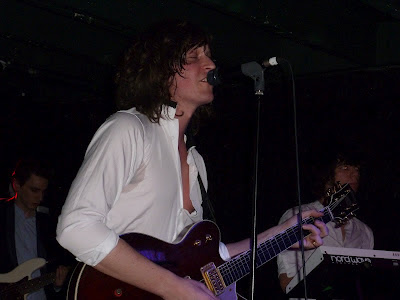 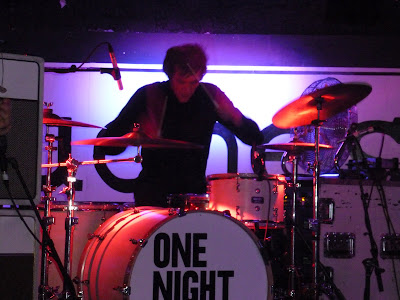 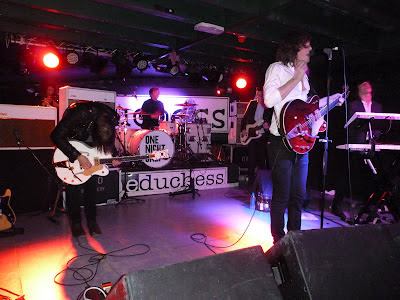 James is the drummer. They formed their group when they were at school 7 plus years ago with 3 other local lads. They have gone from strength to strength. They are big in Brazil,have a great following in Japan and are forever jetting off to play around the world. A far cry from when they used to come to have Yorkshire puddings here. They are still polite young lads and it is hard to believe they are where they are today. We met for a bit to eat at Louise and Richard's home first,before 40 family and friends went in convoy into York. Glad it was quite dark once we got inside so they couldn't see this rock chick was more like an old battery hen. I managed to get right up to the barrier at the front and mingle with the young screaming girls . I got quite a few good pictures,getting some of their songs on video .Just as it was getting to when they were starting on their new single-"Long time coming" a girl swayed into me . Then she swayed again. What a time to keel over but she did. Nobody was going to her aid, I stuffed my camera into my pocket, hoisted her up by her shoulders and dragged her through the crowd. Probably 12 -15 deep .I just grabbed hold of her as if she was a sheep I have handled a lot of sheep in my time... I got her to the bar and threw her over the counter to get her head was lower. Then the cavalry in the form of a bouncer arrived. By the time I left her, gasping into the fresh air outside, I had missed the record. Has anyone ever know me lead a quiet life
Posted by Anna Lupton at 22:29

Jack can now have a bus pass.

3rd May 1952- Jack was the first born of Charlie and Brenda Peckitt. He was born at Weston Nursing Home just outside Malton and brought up at College Farm, Byland Abbey.So on Thursday night it seemed pretty apt that we went back down to Malton to celebrate his 60th birthday .My husband an OAP-gets his bus pass and pension reductions here and there. Doesn't seem 5 minutes since he was winning races at the local point to points when he was the golden boy of the track. Back to 2012- we went to the newly opened Talbot which has had much publicity lately as James Martin is in running the food there.It supports local businesses and for me that is what it is all about.I would love to say it was everything you would expect . Malton so needs somewhere as gracious as this.Hey I am no food critic but I have my opinion. First get rid of the head waiter or whatever his fancy name is -he is so up his own it is unbelievable. Shame there was not the slightest background music when I mentioned to the receptionist on the way out she said it was due to it been a listed building... It was like a morgue making for a very stiff atmosphere.. I choose well I had the taste of Yorkshire pork as you will see .Poor Jack went for the scallops which were served on black pudding. The latter been as thick as a cream cracker and not as thick as a butter puff. I choose loin of beef which again was very nice, the mushroom risotto was divine .Unfortunately Jack choice the 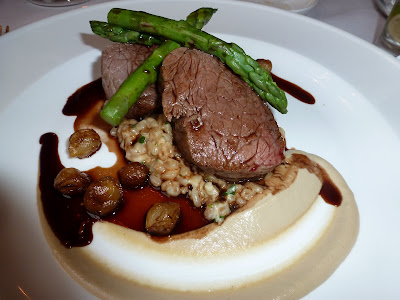 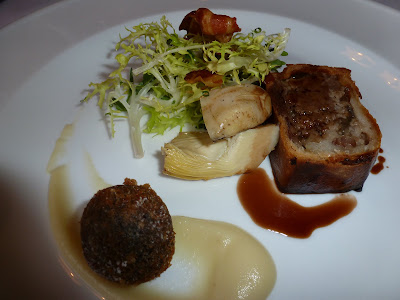 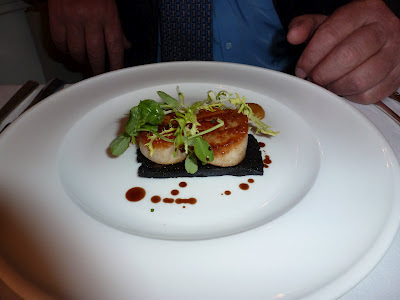 cod ,two bites and it had gone.I parted with one of my piece of beef as after all it was his birthday. Asking for an extra bread bun to fill up on. I had a desert -it was a desert no more no less. Jack opted for Gaelic coffee which was fine but in that sort of establishment you would have thought it would have had a small chocolate or the like with it.but alas no. Afterwards we went to meet an old schoolfriend of mine,Dave Preston,who was over here from Canada in the Wentworth Arms in Old Malton. Different place completely not to be compared with the Talbot. I really think the head waiter should go in there on his day off, they would teach him a thing or three but I doubt if they would give him a job.
Posted by Anna Lupton at 23:07