Westminster Abbey and my relative.

We stayed on another day in London and did the things tourists do and I must say it was very enjoyable  A ride down the Thames ,Tower Bridge which I thought was amazing and Westminster Abbey.
My uncle told me years ago that one of our ancestors was buried in Westminster Abbey ,then there was all this talk of being related to Kate Middleton who then went on to be Prince William;s wife.
I asked at the entrance and Susan stood back . thinking I was just blagging my way in to save 320 -she knows me well.  I felt a little bit like Hannah Hauxwell 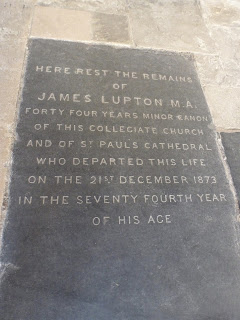 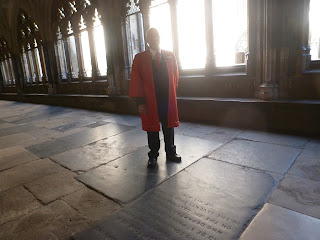 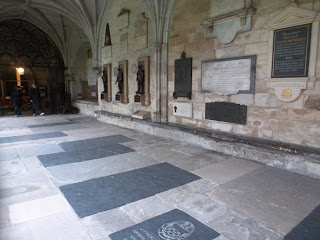 would have done when she made her way to the Capital. I shook hands with the man on the door - shows your upbringing offered to show him my passport and told him the story. I could see from the look on his face he thought I should have been locked up in the Tower ... The story was told 4 times before we were escorted to the archives library . Now this was something else a library storing 1000 years of history -leather bound books what an amazing sight.
It wasn't long before a kind gentleman had looked up the information and come back with all the details. Apparently not only was James Lupton a Minor Canon of Westminster for 44 years ,he was also a minor Canon of St Pauls's Cathedral.His job was to organise all the services  It was on Queen Victoria's instruction that he is buried there. I knew the Queen Victoria bit before so that wasn't a surprise,she apparently thought a lot about him. He is buried in the West Cloister quite near the tea room entrance. He had laid here since 1873 and I know lots of people will have walked over him but when I was there I wanted to say "Excuse me but I would rather you didn't walk on my relation"
It was Ash Wednesday and we had hoped to stay for the 5pm service but as the taxis were creating gridlock outside due to a strike we had to leave to get our train. he died on 21st Dec so I think it would be nice to return another time on that day

Going to business meetings in London has its perks too.  We happened to go when Chinatown was all dressed up for its New Year.  Susan and I were on a mission,it was to find the Opium Den ... ok so I got the name wrong it was the Opium Cocktail and Dim Sum Bar -no 16 Gerrard Street. So when you don't know, I was always told to ask a policeman . His eyes nearly popped out of his head when I did so but he didn't know either. Susan said I had a lucky escape from spending the night in the Tower of London -now that may have been interesting. A burly doorman filled the door way and the only clue to where it was -a brass name plate on the door. -OPIUM . Some people where been turned away but we were lucky .they always say it is who you know not what you know. We ascending into.. darkness a black staircase lit only by red candles and the heavy scent of incense filled the air.  There were flights and flights on spiraling staircases. We were led to a private dining area called Peony. All I can say is it was amazing. Cocktails and dumplings what a combination.  Although Jack is very much a beer drinker I think he would have been in his glory here. I can see another trip in the offing... but decided to give Stringfellows a miss it didnt quite fit the image in daylight. 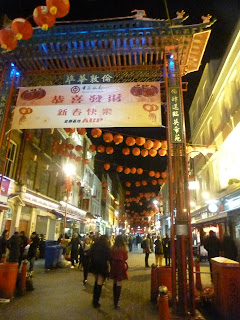 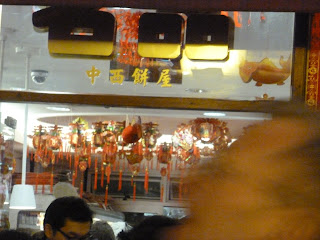 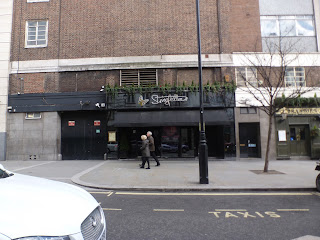 I was lucky enough to receive and invitation from Lady Cobham ,who is the Chairman of Visit Britain. It was to attend the Houses of Parliament to listen and network with the people involved with The Northern Growth Tourism Project.  We arrived early and were treated to a tour of the House and finally arrived on the roof top and had a good view of Big Ben. I felt a bit like Mary Poppins when she danced on the roof with Dick Van Dyke. It was a fascinating time and looking at the street names as we travelled about was like running around the Monopoly board. I was pleasantly surprised as I chatted with taxi drivers to shop keepers how much they knew about Yorkshire and how they had either been or were intending to come. 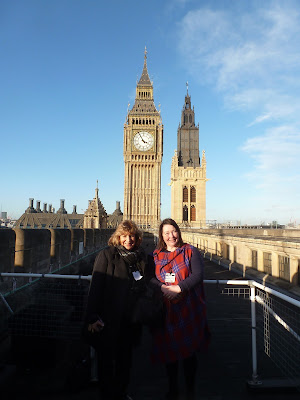 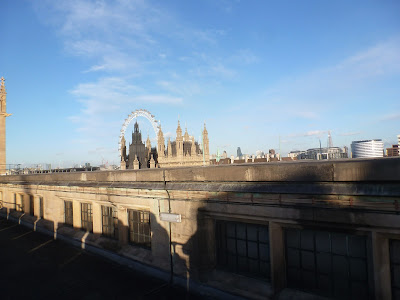 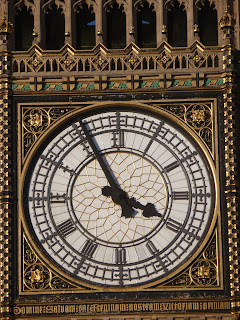 Byland Abbey- just over a mile from us

Byland is only a few minutes in the car and appox 20 minutes walk from us .In this little video you can see lots of our farm's fields which our guests are welcome to walk through to get to one of Yorkshire's ancient gems