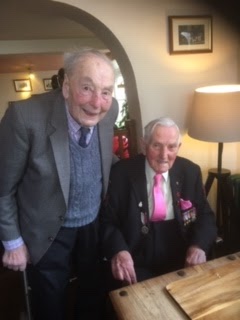 The Ripon Hornblower Legend. George Pickles is the legend 3 cheers for George

Always something happening...what was it today .

Life is never dull here .There is always something going on and you  never know what it is going to be . The magic of seeing little baby quail hatching out ,to find wild violets in the hedgerows . 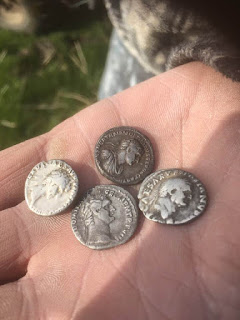 Today I got to see these 4 silver Roman coins which date back around 2,000 years.  The amazing thing was that all 4 coins have different Emperors heads on so they are now classed as a hoard . So I was quickly out with my metal detector to see if I could find anymore. ...Sorry I forgot to say they were found on our land .
Posted by Anna Lupton at 20:10

Deer �� at Carr House Farm Ampleforth- they are back ..20 yards from the orchard gate