I was on my way to a meeting and as usually decided I would 'Slim" for the day . Slim means I get hungry en route and have to stop to get something to fill me up it usually contains bread !.As I was not sure what would be on offer when I arrived my destination  - I didn't want to cause a fuss by fainting  of hunger. 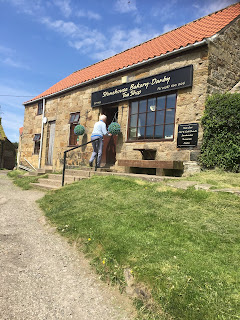 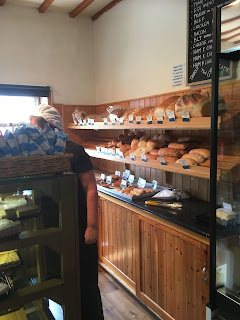 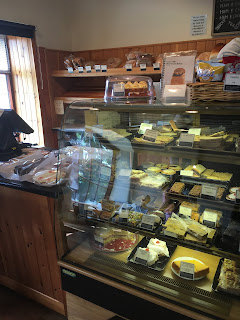 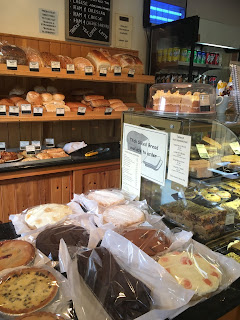 I do so admire these people who survive on a couple of lettuce leaves a day.  and say no to food. Instead of driving on the main road up to Whitby A170 to Pickering and then over the moors from there. I decided to go over by Blakey Ridge . As I got nearer to Danby I was feeling more than peckish and remember someone had told me about a bakery so I decided to look for it . As I was dallying at the staggered cross road I was tooted at but I didn't care I thought I would probably not see them again. Then I spied the Stonehouse Bakery and tea rooms . As I dont drink tea - cant bear the smell of it I usually carry a bottle of water in the car. There was some very munchable delights in this little shop as I like take outs it is cheaper than sitting in to eat ..did I say that ...well it is true. The staff were amazingly kind and so friendly . Other people were coming from "no where' and sitting down for their lunches. They make their own bread and teacakes and my Dad been a connoisseur of teacakes said they were very good .I got a savoury loaf for Jack and some pies too for next day .A slice of cake and a well filled sandwich put me in good stead for the rest of the day.
So if you are heading over the North York Moors be sure to call in .
Posted by Anna Lupton at 22:04

Carr House Farm Bed and Breakfast it is the little things that make a pl...