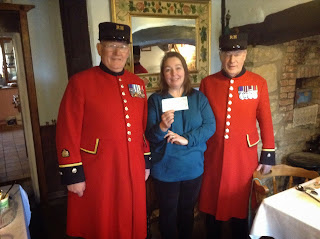 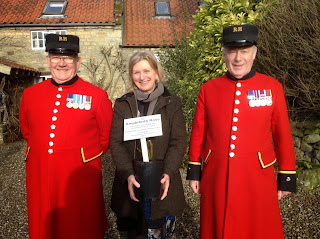 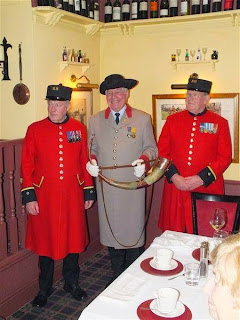 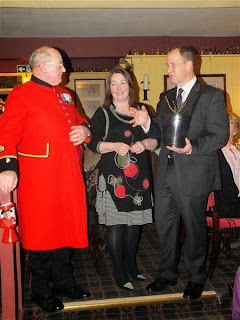 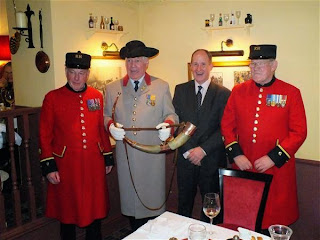 The Breakfast Mornings with The Chelsea Pensioners

We hosted breakfasts on Monday and Tuesday to raise funds for the Chelsea Pensioners. It was interesting morning to guests who had time to talk to the ChelseaPensioners about their service experiences and also we hope they enjoyed their breakfast too 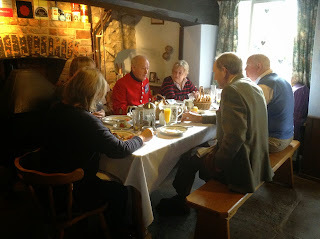 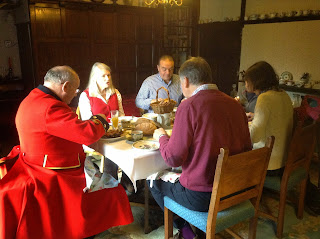 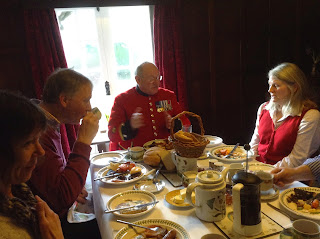 Carr House Farm B&B in Ampleforth hosts fundraising breakfasts TWO Chelsea pensioners will be enjoying a home-cooked Yorkshire breakfast next week at a fundraising event organised by a local B & B. Anna Lupton and her husband Jack Peckitt, from Carr House Farm, in Ampleforth, are hosting two morning 'parties' to raise funds for the Chelsea Royal Hospital as part of Breakfast Week. Three years ago the pair raised almost £9,000 for the Yorkshire Air Ambulance, and decided to organiser another fundraiser after meeting a group of Chelsea Pensioners in October. As part of the event, there will be a dinner at the White Swan in Ampleforth where George Pickles, the Ripon Hornblower, will make a special address to guests. Ian Rogers, of RV Rogers in Pickering, will also present two of Ampleforth roses to the visiting Chelsea Pensioners as well as two locally grown Tommy’s Roses. Both varieties of roses have been bred at RV Rogers in Pickering – the Ampleforth variety is raising money for Help for Heroes and the Tommy’s Rose has been specially created for the 100th anniversary of the outbreak of The Great War. Anna said: “Back at the beginning of October we were privileged to meet some of the Chelsea Pensioners when they came to North Yorkshire, so I have had this plan in my head since then.” "Unfortunately, due to family illness I am not able to give as much time to feeding 120 at in one go as I did last time, plus it also took weeks of hard work and generosity from a host of people. Anna added: “But with it being Breakfast Week - the week bed and breakfast people taken it upon themselves to raise funds for good causes - I still want to do something." The breakfasts will be held on January 26 and 27 at 9.30am with the dinner at the White Swan on the first night from 6.30pm Anna said help had been provided by Robert Thompson and his team at the White Swan and former licensees from the area Jim and Wendy Davison. "Two Chelsea Pensioners are staying with us and will head both breakfast tables each morning," she added. "They are such lovely people and it wonderful that a couple of them are able to come back to Ryedale and join us for this event." 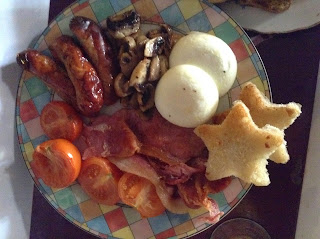