Halloween next week and Christmas around the corner

So have you got your pumpkin ready. 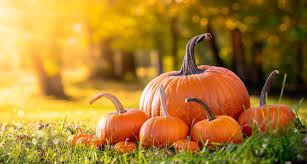 Looking to find yet another pumpkin soup recipe and usually revert to an old faithful.  It isn't that many years ago that Halloween was more celebrated in America than here . Pumpkins were treated a bit like wild mushrooms as if they were only the food of witches on broomsticks and that Pumpkin soup was boiled in a cauldron.

As social media fills our pages with photos of pumpkins , their bright orange skins seem to brighten many a dull day . I wish I had planted my seeds earlier but I am desperate to keep the one and only plant I have as it has a bit more of sentiment to it than normally . It was 5 years this week since my Mum died  and she was always saving seeds . I found some in a cupboard this year which she had dried and saved me from 2013 in an old pill bottle. Recycling isn't a new word to us . And blow me, I now have a  pumpkin plant  with lots of flowers on.

I was in Helmsley yesterday for a quick shop and parked just over the bridge as you go . I saw "Pip" on his bike heading towards his shop/workshop, but was too far away to shout Hello . I thought I hadn't been in for a while and I really must when I had got my groceries. Pip is Paul Garbutt, who along with his lovely wife Henny have owned and run Bridge Street Framers for over 35 years. Pip formed a band and still plays  and every Thursday in lockdown he cheered up many folks not only in Helmsley where he lives but others too as it went on social media as he stood in the street and with his guitar strummed away belting out the favourite songs many from the 60s. Interesting enough Pip was the front man singing  and playing the guitar, but in the gallery guess who I spied ? Dave yes it was Dave Cook the drummer in the band who was busy making frames . Dave in his young days ran CC Racing and was known for his precise maintained racing cars. So no wonder the frames they build are so noticeable and well made when they have craftsmen like Dave making them.

It doesn't matter what time of year you go in there is always something to tempt you . I had heard they had moved from local gossip but was relieved to know they still where they have always been , next to the brewery  and a few yards up from the butchers. 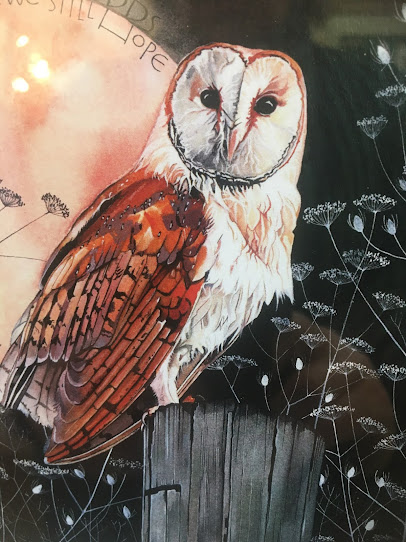 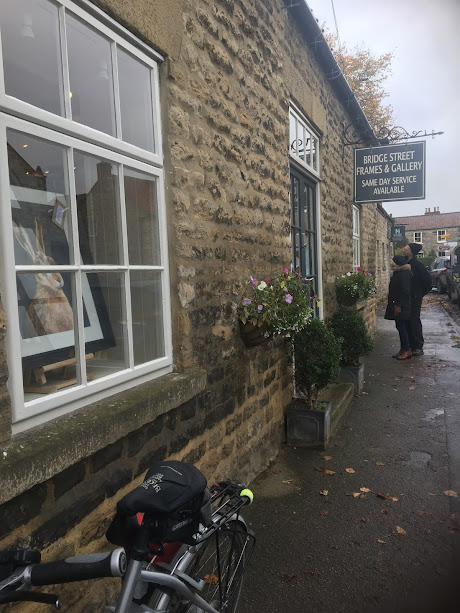 So why not a bit of early Christmas shopping ..no point in not being organised . You may say we all have our own tastes and it is true .So you either know exactly what would excite someone and snap it up ,tuck it under your arm and feel proud as punch you have ticked the box on the first Christmas purchase for 2020... or wonder. No need to wonder anymore, why not buy a gift token and then they can choice their own and love it forever. Even suggest a trip with them and enjoy a lunch out too. Helmsley is that sort of a place. With being next to the brewery and if you have a husband like mine who hates shopping you could always leave him to sample the local beer and browse the gallery in peace.

I didn't see any framed works with pumpkins on but I did find this one find this one with an owl on which I thought was very apt for the time of year. As well as buying originals and prints from BSF you can take your own masterpieces in to be framed . Oh how Deer ... and precious

How I love Autumn.

The trees are looking amazing all warm red,oranges  and some days the skies are too as the sun rises and set. The former I don't normally see as many of you know I am quite a night owl. Although this morning I was up before 4am as we have just been having some new shelves put up in the and I needed to fill them ...well more like I needed to make space. 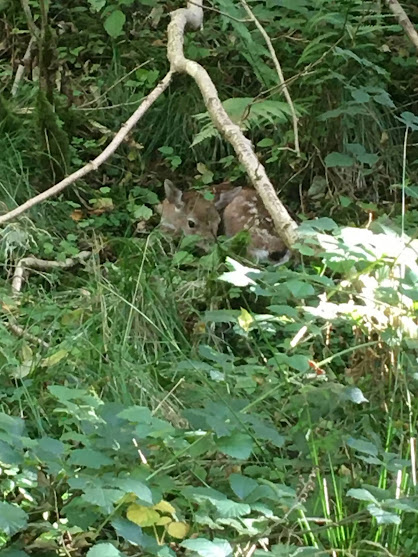 I think it looks as if I will be back to writing my blog more often as we are going back into stranger times, so here goes. 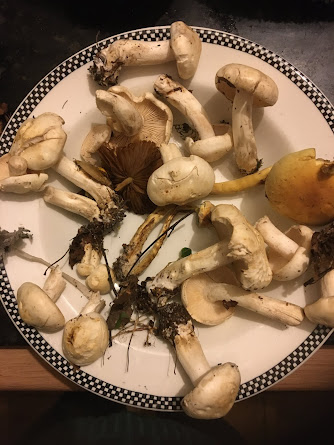 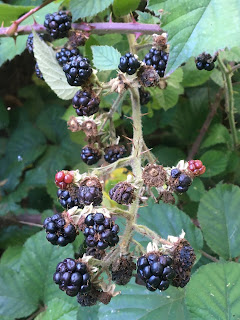 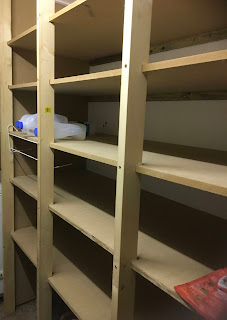 I take some of the dogs out during the day when Jack is on the shoots and in fact have quite enjoyed it . I managed to pick quite a gathering of blackberries [before the devil spit on them ]- Some say the 10th October but as I looked this up I feel there is more sense to the date being the 29th September,which is Michaelmas.  After that the early frosts seem to come and make them all mushy .

I gathered quite a lot of fungi and we have survived although I left some in their natural habitat as I wasn't too sure.

The longer I walked the more the dogs seemed comfortable to do their own thing and  I liked that too as I wasn't tripping up over them all the time . They are very good and always come back when I shout ...well most of the time .

And look what I came across ... the photo below show a little fawn curled up in the sunshine. probably no more than a couple of days old. I have never been to one so close before and it warmed my heart for days.To begin with I wasn't sure if it was dead or alive .then I saw its ear twitch and a step nearer you could see its tiny body breathing . I went back a couple of hours later  without the dogs  just to check it hadn't been left .By this time it had opened its eyes as I heard a noise high above me .Its mother was calling out as I made a quick exit as I didnt want its mother not to come back for it .

Nature is such a marvellous thing and this last few months as the pace of life has slowed down for many of us we start to see things more or less on our doorstep .