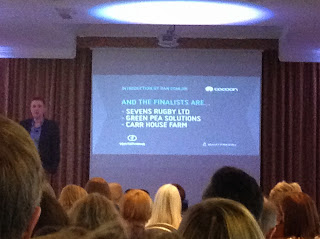 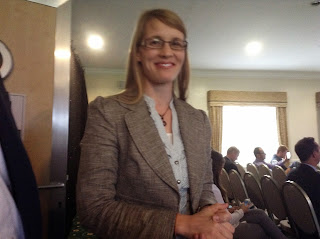 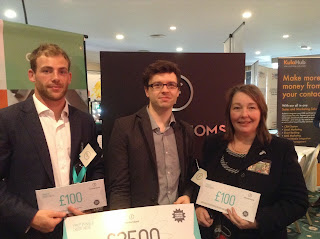 We got a telephone call last week, our friend Jim Davison who used to own the village pub said bring the camera. It is always good to catch up with Jim and Wendy .We go back a long way .On Jack's 49th birthday Jim took Jack and a group of friends to London and they had lunch at Scotland Yard. It had been a great day out and had sung all the way hom on the train. Jack was still singing as he can up the yard at College Farm at well past midnight.This time Jim was out with the boys. The boys were in fact 6 of the famous Chelsea Pensioners. Their medals gleamed and so did their boots. Jim has a big heart and along with some more guys treat the Chelsea Pensioners to a 3 days break here in Yorkshire. The day we met up with them they had been on the steam railways from Pickering to Whitby .They had had fish and chips and a look round before starting their pub crawl back to base . It was a delight and honour to meet them. 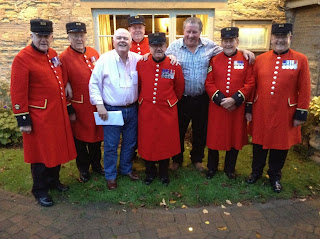 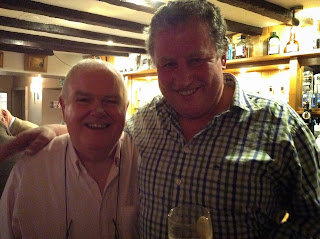 Autumn is on the way 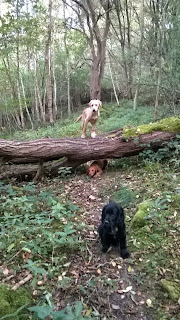 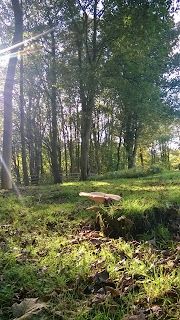 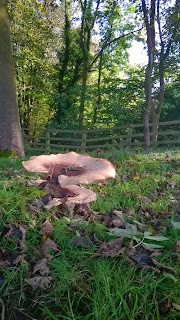 If you go for a stroll up behind the house you can always take one of Jack dogs with you for company. The leaves are now starting to change colour and there is that autumn smell in the air. And perhaps you will find a mushroom as big as this one
Posted by Anna Lupton at 21:53