Sandsend and the car wash

I do love to go to Sandsend just above Whitby. Ideal to take the children,fly a kite on the beach ,paddle in the rock pools. Better still there are no amusements to spend money on and the parking is free. The sea was quite rough when I was there the other day but I had a thick coat on and my wellies and thoroughly enjoyed myself. I had been to a meeting nearby. 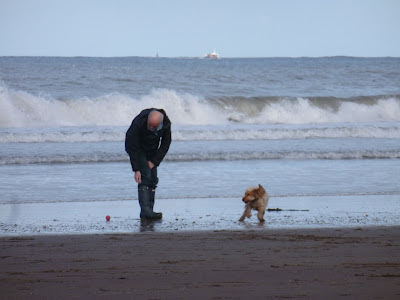 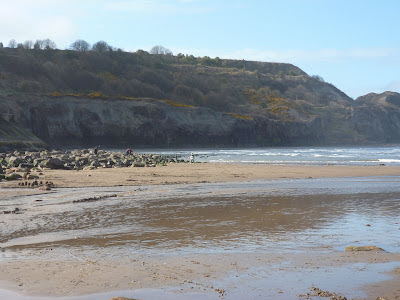 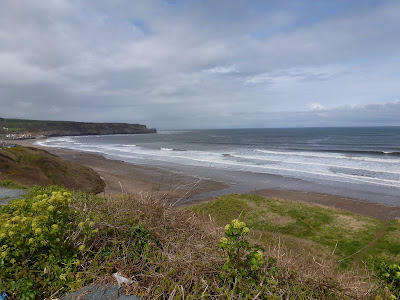 which was quite intense, so it was nice to blow the cobwebs away. I went armed with a bag and collected. as per usual, an amount of seaweed and some pebbles.One of these days I will find some treasure that has been carried from some foreign shore by the tide. Another good thing is that on the way to Sandsend in Whitby there is Four Lanes garage which have the best car wash I know. There is an attendant that gives your car the once over clean before you go through the wash.
Posted by Anna Lupton at 22:45

Rubi-Sue looks as if she is going to give the Nigella Lawsons and Juliet Sears a run for their money. Not only does Rubi like eating cakes, she is a dab hand at making them to . At the grand old age of 2years and 7 months she loves to bake. She helps to weigh the ingredients ,mixes them all by herself and spoons them into the cases. Her mum or dad puts them in the oven. When they were ready for icing she put that on herself and sprinkles the fairy pieces on too .Here you see soon she sent us. They were nice and light even Jack was impressed and said he didn't get indigestion.I rang up to thank her for them and left a message asking if that was Rubi-Sue's Bakery. 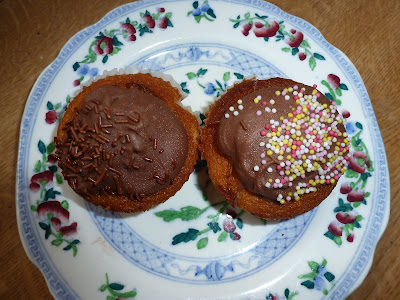 Gary Verity and the Marie Curie Campaign-please support and RT 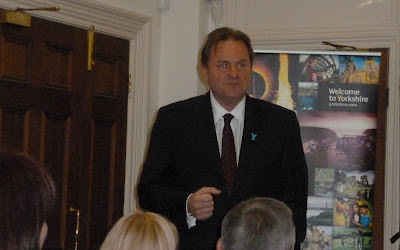 Yesterday evening, Gary Verity took the floor at our Herriot meeting looking very svelte and fit. Besides taking Yorkshire to the top of the tree as a tourist destination,Gary has raised tremendous amounts of money for the Marie Curie Care who looked after his dear wife Helen. In the last 5 years he has raised nearing £500,000. I am appealing to you all to help to make it up and above this great total.This weekend he is running in the London Marathon. Last week there was a dinner in the Dales to which we gave a nights bed and breakfast for 2 people to stay in one of our 4 poster bedrooms. I felt honoured as they made this the star raffle prize. The raffle made over £2,000 and the total raised was around £20.000 in the evening.
Gary has a just giving page . So all you have to do is go to the JustGiving site and type in Gary Verity. To Gary we wish him a safe trip around.I bet there is one little girl who will be very proud of what her Daddy is doing.
Posted by Anna Lupton at 12:27 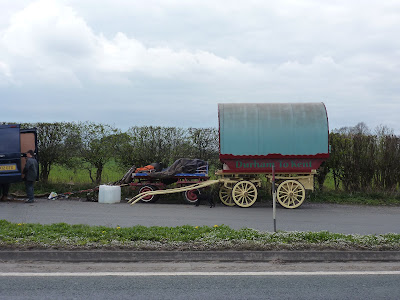 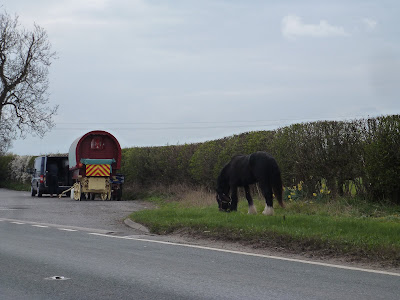 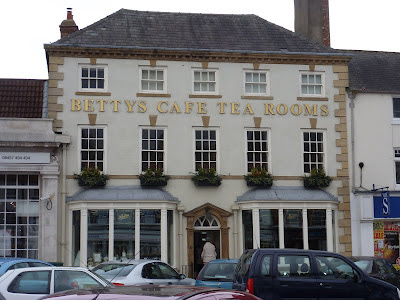 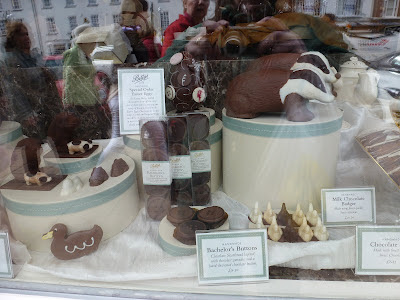 Bettys in Northallerton tea rooms is basking in the glory of being the very best tearoom in Great Britain. It has won the Tea Guide.s prestigious award of the Top Tea place for 2012. It is the highest accolade in the Tea World. And it serves 54.000 pots of tea a year. It is only half an hour from here and parking is easy so this is on the must do list of many of my guests.Forgive me if I will not be joining you for a cup of tea though, I hate the stuff.Cant even bear the smell of it,give me a glass of water any day. I do go in as they have wonderful Easter eggs as you will see in this window display and yummy cakes and tasty sandwiches.Biscuits are teh buttery sort that melt in your mouth. Bettys is rather an institute which I am lucky to have grown up with -minus the tea of course.
Posted by Anna Lupton at 17:12 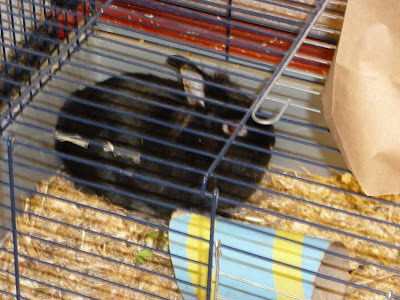 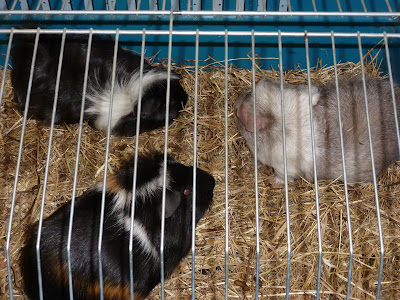 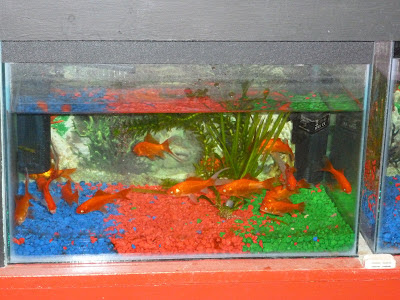 It is maybe not as warm as we would like it but at least our Easter eggs wouldn't melt. Easter Bunnies- another things we associate with Easter. I was in Malton the other day and went into the pet shop there which seems to have been there for ever. I had to wait to get served which was quite a delight as I found all these furry little friends and some fish to look at. Takes me back when we had Jack and Jill the Dutch rabbits,GP the guinea pig and Gilbert the tortoise.I think the girls are too young yet to have pets like this to look after themselves but it wont be too long now...
Posted by Anna Lupton at 16:45 Sunday wouldn't be Sunday without Yorkshire puddings. You can have big one.medium ones or little ones. A bit like feeding Daddy Bear ,Mummy Bear and Baby Bear. They are ever so easy to make and proper Yorkshire pudding makers don't need scales. You make them by eye- Plain flour,eggs ,milk and a drop of water and you need hot oven. I usually make 2 dozen small ones at a time .Jack can eat 8 and I eat 4 then there is a dozen left for the next day. My mum makes big ones they are harder to make. My Granny used to drop them around the meat in the roast tin -but that is an art in its self. People associate them with Roast beef but we have them with any roast dinner. The idea of the Yorkshire pudding is to have them first and it fills you up so you don't eat as much meat. Most people have them with gravy I like mine with golden syrup. My mum sometimes eats a spare one at tea time with jam.I am trying to persuade the local pub to serve them every time they are open as usually you can only get them on a Sunday lunch time. I heard the other day that Yorkshire is hoping to make them the regional delicacy. I think that is a brilliant idea. I have been known if time permits that if someone who really wanted to sample some and hadn't been able to find them I make them a dozen to take home . Not quite the same but better than none at all. Here you see 3 differnt sizes.So often when you get them in puds they are what I called burnt but it is a matter of preference to how long they are left in the oven. In summer when you have lettuce in the garden after you put your gravy on your pudding you can have lettuce salad on top too. Don't turn your nose up before you try it .Elaine Lemm wrote a great little book of Yorkshire pudding which you may find an interesting read
Posted by Anna Lupton at 19:22