Thursday must be film day ....

Thursday was the day that reports were revealed on how the impact of the Tour de France cycle race had been on the county.Yorkshire had hosted its Grandest of Grand Depart. There had been a conference about it. The Yorkshire Post had an article on the front page and I was interviewed by Tyne Tees presenter, Jonny Blair. It gave us good coverage showing the outside of the house as well as the inside. There was an interview in the dining room and me making a bed. I had to do it 4 times for the filming. It showed Matthieu our French helper studying with his book and he gave an interview too in very good English may I add. It was shown on Calendar at 6pm and again at the end of the 10pm news. It is always nice to hear from friends who have seen me for a while to contact us and say I have seen you on TV. My Dad said I was ok and didnt make a hash of it and so that is fine praise indeed. My Mother said I didnt look too scruffy and by wearing a shirt I didnt look too scraggy necked. So again that was praise. Jack oked it too .So the TV celebrity went to bed a happy bunny. I will try to post interview vis Youtube for those of you that cant get our regional news 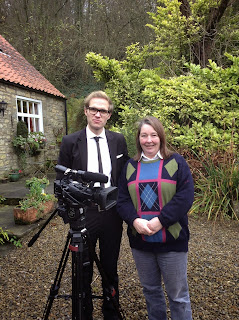 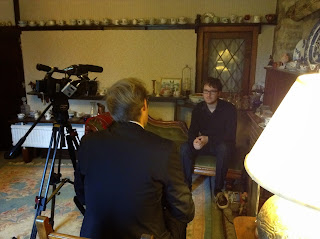