Fennel - homegrown at that

I have always thought fennel was not the cheapest of vegetables to buy so every year my Dad asks me what I would like different . It was kohlrabi last year. This year I decided on fennel .We like it chopped up with a red onion soaked in orange juice. Bt what do you do with the fennel fronds and stems ?. I wasn't even sure if it could be used in cooking other than stewed to a pulp in a casserole. Google ...what would we do without google.
Donna from Whole Food Bellies had a recipe for a pesto using fennel fronds. Ah that will do, I had been watching Jamie Oliver scooting around Italy last night on television last night and teh idea of making pasta had flitted through my mind. This would be ideally.
I have no walnuts as the recipe said so I put butter in the frying pan along with a large handful of plain peanuts and a small handful of wasabi peas. Out with the liquidiser and in with as much fennel stems and fronds as I could cupped in both my hands. Sorry I dont really do weights . I added the juice of one of our own lemons, there was deep satisfaction in that .It isn't everyone who grows lemons in the depths of North Yorkshire. Instead of a clove, I used half a bulb of garlic and will try it in the future with some smoked garlic, but added a smoked chilli instead. And the sea salt and some ground pepper.  I added grated cheese, so needed quite a drop of 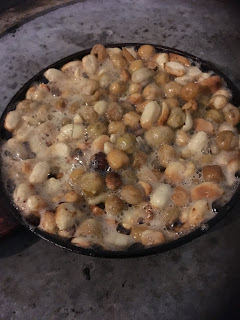 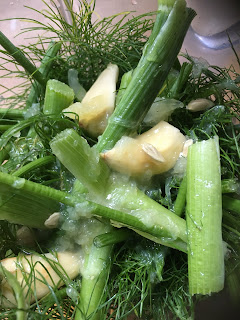 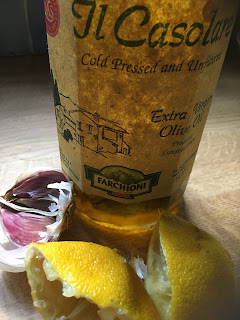 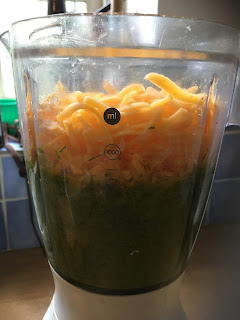 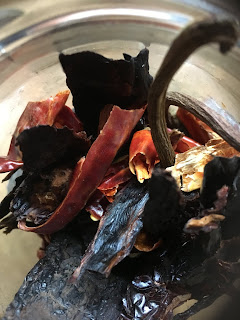 olive oil. approx 500mls . Cant wait to test it out at the weekend when I am cooking a "harvest meal " of 8 courses from the garden ,in the garden, for  friends here at www.carrhousefarm.co.uk. Kept half to use and froze the rest in 4 muffin cases before I bagged it up when there is just the two of us at home . Now to make some pasta ...
Posted by Anna Lupton at 18:41