Jamie Olivers Fifteen in Cornwall for lunch and the Scarlet Hotel 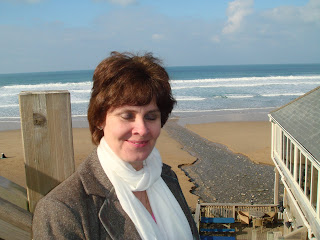 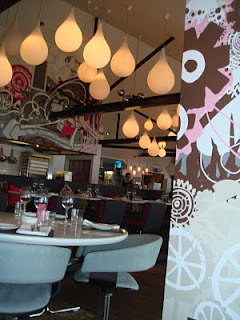 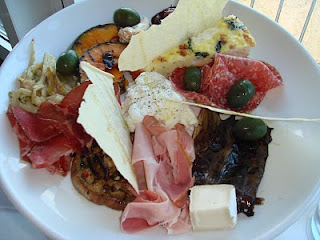 For once I was organised and had arranged for my friend Sue to meet me at Newquay airport in her very swish BMW Z4 sports car as I wanted to go to have a look at the Scarlet Hotel in Cornwall as they have lots of eco friendly stuff going on there. Even though they do not open until the weekend they kindly showed us round. I had left Yorkshire in the snow and here I was thanks to Southwest Airlines enjoying a lovely sunny day in Cornwall. It is a great service and believe it or not works out cheaper than driving down. After asking on the Trip Advisor forum a suggestion of somewhere to eat both quite close to the airport and the Scarlet Hotel some kind soul told us to go to Fifteen -Jamie Oliver's restaurant .We duly arrived at midday,where we were seated at a table which had a wonderful view of the ocean. It is times like this in the sunshine watching the surfers that makes one wonder why we always hanker to go abroad. I suppose it is the weather as everything we could have wished for was there. The food was very good and the decor with hues of girlie pink I wonder if Jools and Jamie's daughters had an input in that. It was such a lovely day I just wish Jack had come down with me but he didn't miss out on the food as the helpings were so generous I brought him home so of the Fifteen Cornwall signature antipasto plate which includes as they stated the biggest olives and half of my veal main course.The olives were gi-nomous and they best I have ever tasted so I have saved some of the stones to see if I can grow them. The waitress explained everything that was on the plate which was a feat in itself and all was truly delicious.The menu was called a taste of Tuscany which runs for a month then the totally Cornish menu is back. All in all it was a very nice day out and thanks to everyone for their part in it
Posted by Anna Lupton at 10:17