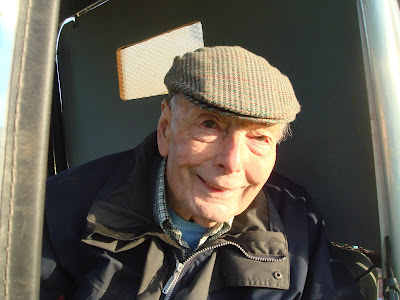 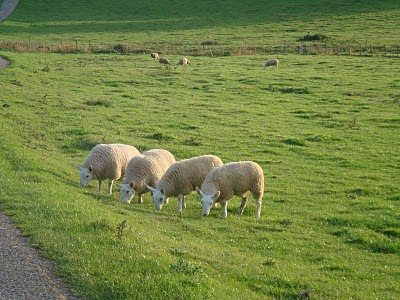 My Dad is 88 years young this next week. Here you seeing him admiring some of 70 sheep he bought when he went up to St Boswells yesterday on the Scottish borders.They had just been delivered on a wagon which was 4 decks high. They all came out very well and were soon feeling at home munching away on the grass. Sometimes I go up but it is an early start and as I had breakfasts to cook I had to miss out this year.What is more noticeable in Scotland than down here is that shepherds have the most wonderful crooks.The carvings on them most have taken hours. My dad has to go for his gall bladder out next week but he has plenty of work to do before them and also has planned an evening to go duck shooting. So lets hope it is a good night as he will probably be out of action for a few weeks. Please think of him on Thursday when he has his operation which is the day after my mum and dads 56th wedding anniversary and 2 days before his birthday.
Posted by Anna Lupton at 20:58