On the 25th September 90 years ago Uncle Herbert -who used to live here at Carr House- set off to the village with his pony and trap. It was his job to go to get the midwife and bring her back to the farm. Shortly after George Herbert Lupton was born. 3rd son of Swales Lupton better known as Tich even though he was about 6ft tall and Mary Louisa Lupton who everyone called May. I am lucky to still have both my parents my Dad lost his mother when he was just 18 and his Dad died when I was a baby. Today we had hoped to celebrate his birthday by going to Filey fishing but the rain was so bad we will wait to go on a better day .Hopefully later in the week. A true countryman who likes his sport ,my Dad still works hard.He was combining last week and also went up to Fadmoor selling sheep. The following day buying in young sheep replacements in Scotland. On Saturday my parents had been married 58 years so here you see them together enjoying the day warm and 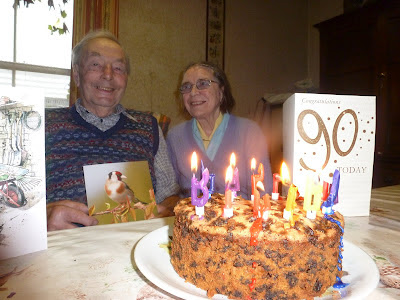 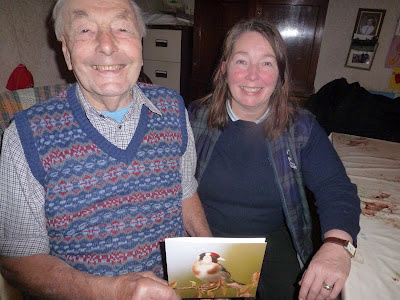