What you all been waiting to hear.... 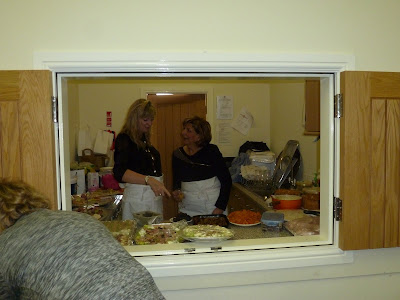 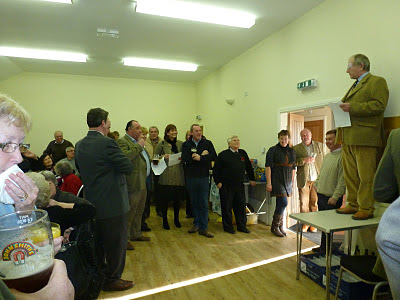 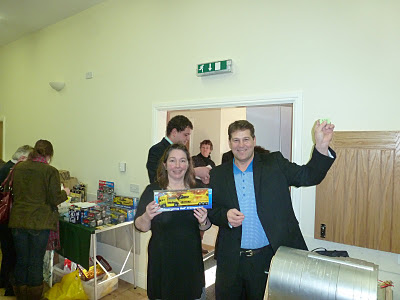 The Sparkling Breakfast Party was a terrific success.When I look back it has taken 3 months out of my life. I have had huge learning curves. Dipped into every corner of organising skill I have ever built up . Used every ounce of strength and stamina in my body. It may not have helped that I was up at 3am for the last 4 days working 18 hour days and forgot to take my blood pressure tablets. I had invaluable support down the phone from Christine Ryder -a veteran of such events. Louise Craig made the food ideas straightforward to whom I am eternally gratefully.Shirley for running the bar and making moutains of money.Phil Nicholls for doing lots of unseen work,making my life a lot easier. Susan my friend of 40plus years who kept me sane on the day when I couldn't find 2 shoes to match out of 50 pairs and all Jack could say as I was tearing my hair out in the kitchen -"Where's my cuff links"
Tina and James from Barclay's Bank kindly helped and donated their day for the YAA
It was a rip roaring success thanks to "too many to mentions"- donations of food ,drink,auction lots and raffle prizes.The venue had to be changed to holding it in Wass Viilage Hall as so many people wanted to come . In the end over £7200 was raised for the Yorkshire Air Ambulance.Enough money to keep 2 helicopters in the air for a day. It was the most money every raised in the 10 year history of the YAA at a breakfast event.Phillip Place known to many for his dry wit entertained the bidders at the 42 lot auction. Henry Wharton the British,Commonwealth and European Super middleweight boxer drew the raffle making it a knockout event. Beautiful work was auctioned and also more pieces were on view by the talented artist Fiona Scott and jewellery from Wild Rose Glass -Judith Gill.
Around 100 people came to enjoy the breakfast party which was wonderful.I choose not to heard musings of "and when you do it again next year". I may have raised £7200 which is good.When my Dad said he was proud of me that is priceless. After all it was him who came up with the brainwave of an auction.
Posted by Anna Lupton at 21:06