Getting a bit of advice...

Kinga is from Hungary and staying with us for two weeks to help around the house,garden and on the farm. Last night I took her to Sandsend as she had never been fishing before.After some friendly advice from a local we decided to head down to the pier at Whitby. High tide wasn't until 2am but we stayed until well past midnight and managed to catch a few fish.We caught 2 crab which we put back and came home with enough for lunch today. A shoal of cod had come in just before we arrived and a party of fishers had caught 8 between then. We had pollack and grayling. I cooked them in the Aga with butter and they were delicious. Kinga got the hang of casting very quickly and looks like a really fisherwoman here.She was ready to go back tonight but I explained the high tide would be even later so we will leave it until next week when we will not need our flash lights. The waves were really coming in It was a lovely warm night 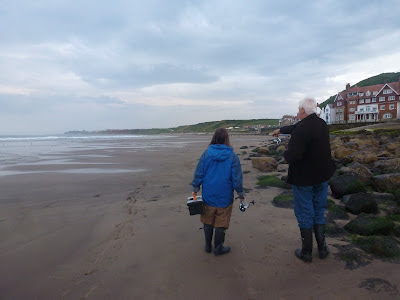 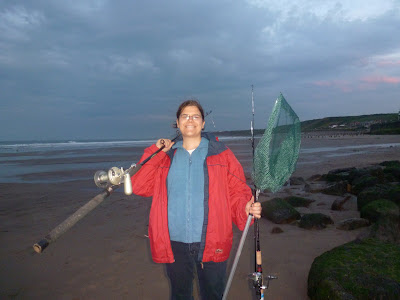 and it was nice for Kinga to see Whitby Abbey lit up on the sky line and the twinkling lights of the harbour.
Posted by Anna Lupton at 21:55