A Tribute to Gerald Kilvington 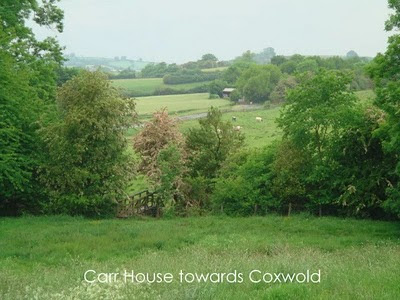 The 23rd June is my birthday and there are somethings money cant buy,but there again nobody can steal them from you -They are your memories. All those who knew Gerald will never forget him ,however short a time they spent with him. I was one of the lucky ones who had known him all my life. He was a countryman through and through. Had an incredible knowledge of wildlife. These photos show some of his old stomping ground. There is nothing I really want for my birthday materially that is. It would be good if my Dad gets better as he has had a rough time lately with his gall bladder playing up. I remember when I was 40 Jack took me up to the Observatory as I had not been up for years- he nearly turned the Landrover over doing it- that was the best present that year. Tonight he took me up in the pick-up to the top of the hill as I thought I may be the one to turn the vehicle over. After this morning early morning drama of two of our bulls getting in a field together and fighting and trying for over an hour to part them I wanted to end the day on a quieter note.Where Geralds' plaque is, I wanted to take the final photos for this as I wanted to get finished and never seem to get the time. Thanks Jack -best birthday present you could have given me.
Posted by Anna Lupton at 23:41