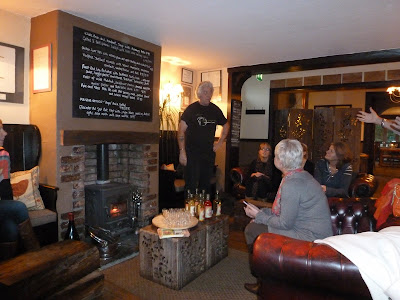 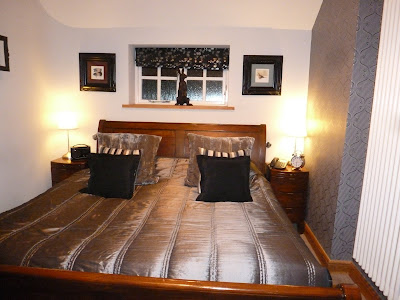 Then it was back to the Pipe and Glass, time this afternoon had going quickly and it was now 4.30pm. There was a welcoming log fire as we settled down in squashy settees to listen to a very local character -Rob Gibbbon. And what a character he is. Rather than bore you with details you can read all about him on www.moorlandsfarmcyder.co.uk. Rob retired and is now bottling thousands of bottles of cyder as well as apple juice.he started off with it in the back bedroom then as the business grew overtook the bathroom until he had a few explosions.By this time Rob's long suffering wife said outside from now on. and so the story unfolded. he got started with the help of Father Rainer. With the glow of the cyder inside us and the glow of the fire on my cheeks I could have quite happily gone to bed in one of the Pipe and Glass' bedrooms which we were allowed to peek in prior to guests arrival.
Posted by Anna Lupton at 11:03