Go to work on an Egg 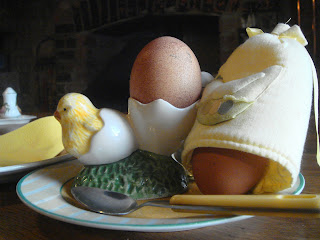 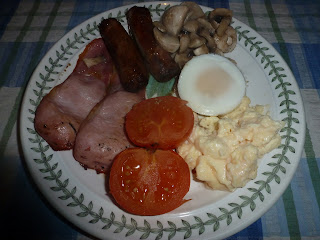 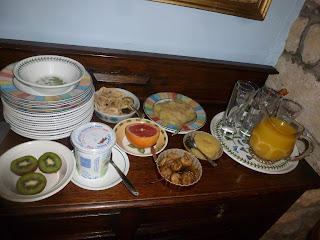 You could have egg too on your holiday,preferably 2.A cooked breakfast or a continental one is on offer too.I left off the black pudding as it never looks as good as it taste on a photo.These were set up the other week when I had ClassLane Media come to film .So if the egg and bacon look a bit sad,it had been sat there waiting to be filmed for quite a few hours. ClassLane had the previous week being filming in Marrakesh. This week they were filming here in North Yorkshire . This is for a film for the North York Moors National Park.We have been lucky to be featured on it. The weather was too bad to film outside but they are coming back shortly to get shots of Jack and his dogs.Needless to say it was the dogs that enjoyed the breakfasts we used for filming.
Posted by Anna Lupton at 15:25