The Messiah saw Ampleforth Abbey packed to the rafters. Locals,non locals and parents of preforming children all packed in on a cold winter's night. I went in my fur coat but Benediction hospitality made sure the abbey was warm.The air was heavy with incence. I did see a number of people carrying cushions though. Katie Dodge has been staying helping us from Boston ,America and I were invited along by kind school parents, Gerry Agar Fennell and David Fennell. I had always heard of the Messiah but never been so hear was our chance. It was performed by The Schola Cantorum and Schola PuellaruM of Ampleforth Abbey. Schola Sancti Martini.The Orchestra was led by Dara de Cogan and the conductor was Ian Little. A welcomed interval was operated with military precision took us into the grand hall 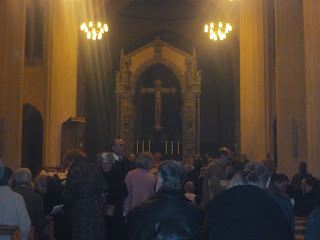 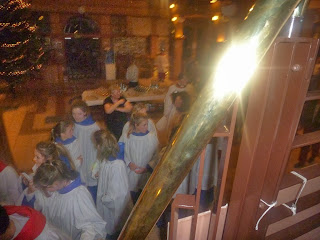 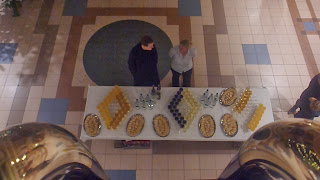 .Here was served mince pies and drinks,
Posted by Anna Lupton at 23:24