Welcome to Yorkshire event at the Cleveland Tontine

Did you remember when eating your first mince pie of the season to make a wish. So that is why I had to have another. My excuse as I had forgotten to make my wish.These were indeed the most delicious mince pies created. Gary Verity,David Shields and Rosie Fyfie were all in attendance from Welcome to Yorkshire.A good gathering of folk -some more famous than others but indeed a good crowd to support the Cleveland Tontine and their new look.It was organised by the lovely Heidi Hatfield who is now freelance. Rhiannon Piasecki is now the house manager.A delightful vibrant approachable soul. If you could team a building and business with a person the new owners have already got it right. The Tontine was always a place I held in my heart. Sad the days of the McCoys are finally over.I always thought I would bump into the likes of Mick Jagger and Marianne Faithfull dining here,maybe Picasso in any earlier light. Times move on and with it comes changes. But the changes are good and the things that remains truly "The Tontine" before Cleveland was added and the new twists appeared 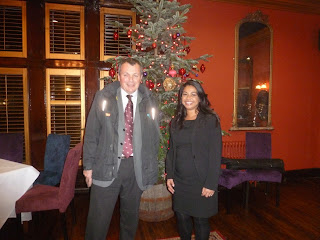 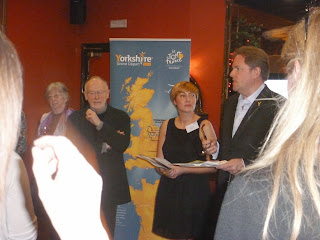 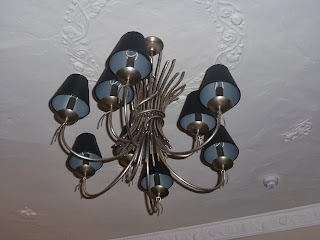 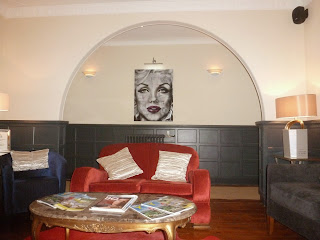 . I had pleasure of meeting the famous William Tillyer and his wife. My connect to William would come not through him being a famous artist but to his daughter Kim.I met Kim through the North York Moors National Park workshops organised by Susan Briggs and Catriona McLees. Her father must have passed a lot of his genes down the line as I think Kim is so talented.William has sold his work to David Bowie. No mention of Mick Jagger but the same era. You can see his work at MIMA from 25th October to 9th Feb 2014. MIMA stands for Middlesborough Institute of Modern Art. Friendly staff gave us a tour of the hotel. I already have my eye on some of the wallpapers they have used.
Posted by Anna Lupton at 13:28