How does your garden grow... dedicated to Libby who makes the best shortbread biscuits around

Have been chatting tonight with an old school friend . We sat next to each other on the back of Perrys' school bus for 5 years. And talking about a host of things, we spoke of Bonnie and Clyde [a photo we had both seen recently on Facebook made us speak of them as the one of the other girls who sat near us on the bus was a real life Bonnie ].Whether she had a shooter ,I cant remember or whether she died or survived was any other question..And it was a Grammar school we went to too !! ... to what is happening today .

A nursery rhyme that was one of my favourite .

Mary, Mary, quite contrary,
How does your garden grow?With silver bells, and cockle shells,And pretty maids all in a row

We do not have silver bells ,but do have a few shells and hag stones that I have brought back on a trip to the seaside.  The words leads your imaginations  to a  magical garden which you could tiptoe through.

Well our garden grows more weeds than plants or at least the weeds grow faster.
And Lemon Balm also grows like a weed probably as it is one of the mint family . If you look carefully at the photo you will see a piece of mint ...the sort you make mint sauce with or add to your new potatoes when you cook them.
At this time of year when the herb is young and fresh and rampant I use it by the handful.  No need to dry it until later into the Summer. A handful stuff up a chicken bum just before you put it into the oven makes for a very tasty chicken a couple of hours later.

Lemon Balm is also what I use when guests choose to fresh herb tea .Infused along with a spoonful of marmalade has had many a guest asking for more. Whether it is drunk as a hot drink or a cold one it is very refreshing. As well as been made into a herbal tea it can be added to salads, vinaigrettes and to sauces and soups . Maybe you want to put it in a cake with a plain lemon icing ..it certainly goes down well here.

A native of the Mediterranean is used not only as a culinary addition but in herbal remedies too .
So next time you come and visit us remind me to give you a few sprigs with some roots on and in no time you will have your own bed of lemon balm. This photo is one of the many small beds we have dotted around the garden. And that is not because I am a garden design freak it has a mind 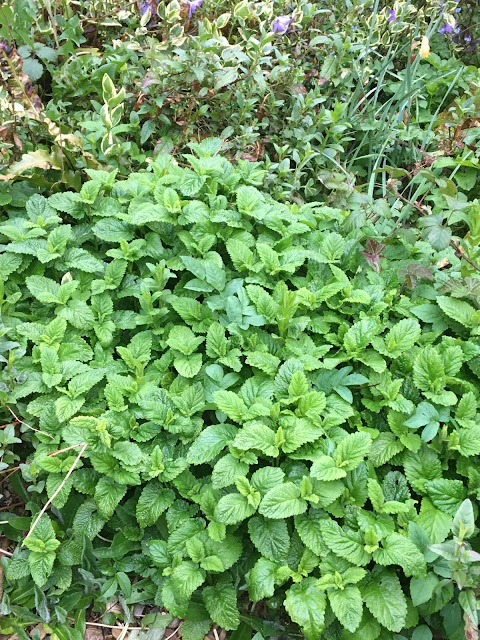 of its own ,grows rapidly and plonks itself wherever it feels fit . 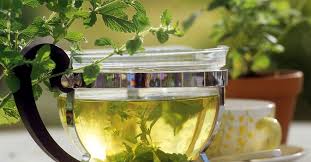