Banana and white Chocolate biscuits and what Friday brought ..

Well I didn't burn the biscuits, but when they came out of the Aga I thought do I leave them as they were a bit on the floppy side or bend them over like a sandwich. I chose the latter and took some outside this morning for us to enjoy in the sunshine. Some of them I took for the grandchildren so I am awaiting their comments ,it will be "please can we have some more "or "yuk".

As the day went on the temperature rose, so did the thermometer got to a nice 100 degrees , which is 37.7 then it went silly but I forgot to take a photo and it got up to 42 degrees. I told my Dad he would have to stay inside until it cooled down. He said he had been in the greenhouse this morning and it was 120 degrees and in his bedroom which faces south it was 105. When I went over at teatime he was happily sitting in the shade of an ash tree with the hose pipe in his hand watering his vegetables. He doesn't believe casting a clout till May is out . Clout means his clothes and May ..now is that the month of May or when the May flower is out - that is the blossom on the blackthorn hedges .This goes on to give us sloes for our sloe gin in Autumn. So as it is the last days of May he took it upon himself to change into his summer underwear and  he just hopes there isn't going to be any more frosts .
I heard this morning that Peter Dodd was leaving Welcome to Yorkshire . It is a sad day indeed as I felt  he was the strongest cog in the wheel and goodness know what will happen now . Time will tell. Peter did so much during his time at Welcome to Yorkshire . Did you know he was the main stay in getting the Tour de France Le Tour to Yorkshire.  He was in charge of the W2Y part of Chelsea Flower Show. And was so involved with the La Vuelta Spanish bike race,Amanda his wife had to reorganise her birthday. So we wish Peter and his family all the best in whatever direction he takes. So I will raise my glass of violet gin and home made elderberry cordial ... ok so I like my drinks sweet and say 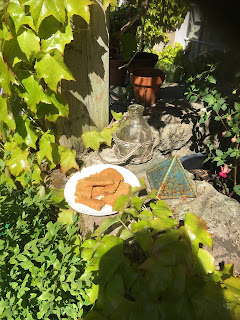 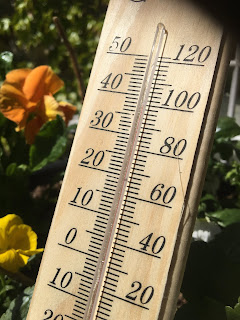 Thank you Peter and Good Luck