Have you ever heard of #NationalBiscuitDay  I know they have all these#Days but one for biscuits.  So what am I doing at 11pm on a Thursday night making biscuits for tomorrow.
I could have done without it but as I had 3 and a half very ripe bananas which I need to either throw out or use I started googling banana biscuit and low and behold there was a recipe .
So I read it once, read it twice, and then made up my own recipe as the recipe I read only used 2 bananas and had cinnamon in it . I think of cinnamon as a winter seasonings. I still work in ounces and pounds rather than grams but this was in cupfuls  that is too fiddly for me .So we have cups of varying sizes. So here is my recipe
3/4 tub of Lurpak so approx 400 grams
sugar to match and a bit more
a large egg
a bit of bicarbonate of soda  a dig in with a teaspoon and then a bit shaken off
a pinch of salt as my mother used says it brings out flavours.
I substituted the cinnamon with two handful of white chocolate buttons which I broke up .
I started off with one handful and thought lets go mad and put 2 handfuls in .
and as it is  this "Biscuit Day'
They are still in the Aga so will have to show you the finished results later but can tell you I will probably be up till daybreak as those quantities will make enough to feed a regiment.
Also Blogger has updated its format so hopefully this comes out right  and the biscuits do too. 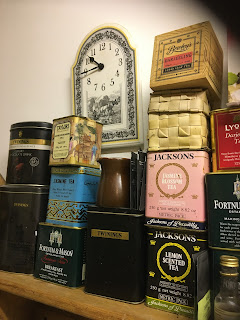 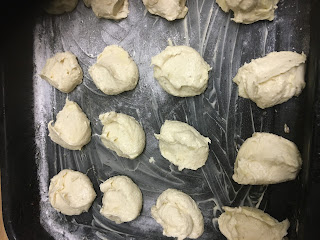 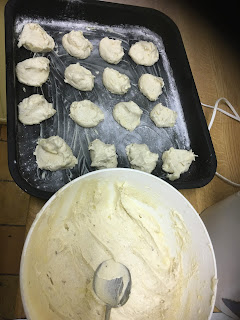